No student earned a Library Science degree in West Virginia in 2018-2019.

A Library & Information Science major is the 209th most popular major in this state.

In this state, there are 2,600 people employed in jobs related to a library science degree, compared to 599,610 nationwide. 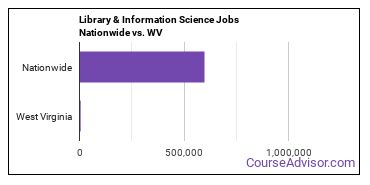 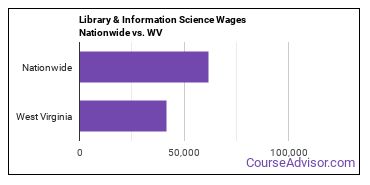 There are 2 colleges in West Virginia that offer library science degrees. Learn about the most popular 2 below:

The average student takes 4.51 years to complete their degree at Marshall University. The full-time teacher rate is 76%. Grads earn an average early-career salary of $28,500 after earning their degree at this institution.

15 to 1 is the student to faculty ratio. This public college charges it's students an average net price of $7,828. The full-time teacher rate is 43%.