In this state, Astronomy & Astrophysics is the 239th most popular major out of a total 271 majors commonly available.

In Oklahoma, a astronomy major is more popular with men than with women. 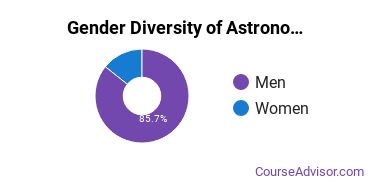 The racial distribution of astronomy majors in Oklahoma is as follows: 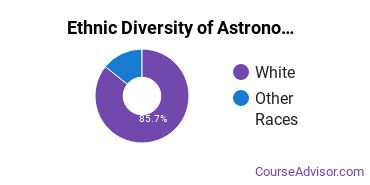 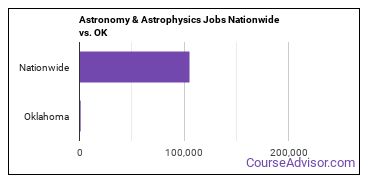 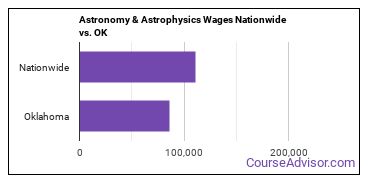 The full-time teacher rate is 85%. This school boasts a lower than average student loan default rate of 4.80%. Most students complete their degree in 4.48 years.