In terms of popularity, Astronomy & Astrophysics is the 141st most popular major in the state out of a total 281 majors commonly available.

In Colorado, a astronomy major is more popular with men than with women. 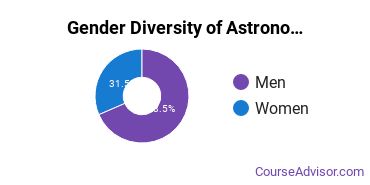 The racial distribution of astronomy majors in Colorado is as follows: 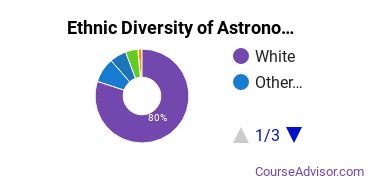 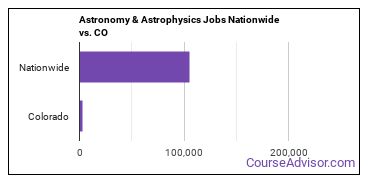 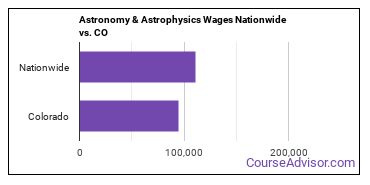 It takes the average student 4.37 years to graduate. In their early career, CU - Boulder grads earn an average salary of $39,100. This public school has an average net price of $21,510.