An Astronomy & Astrophysics major is the 177th most popular major in this state.

In Maryland, a astronomy major is equally popular with women and men. 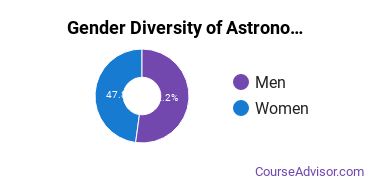 The racial distribution of astronomy majors in Maryland is as follows: 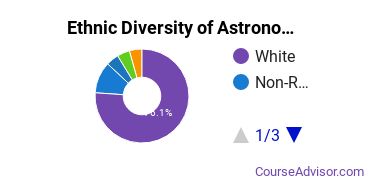 In this state, there are 5,760 people employed in jobs related to an astronomy degree, compared to 104,790 nationwide. 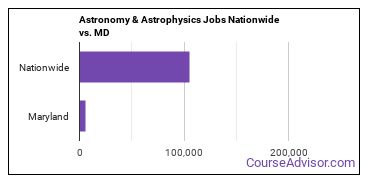 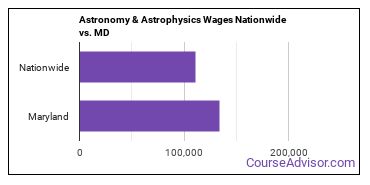 Roughly six years after entering college, graduates of this school earn $47,200 a year. The student loan default rate is 2.30% which is lower than average. 18 to 1 is the student to faculty ratio.