In this state, Applied Mathematics is the 166th most popular major out of a total 192 majors commonly available.

The racial distribution of applied math majors in Vermont is as follows: 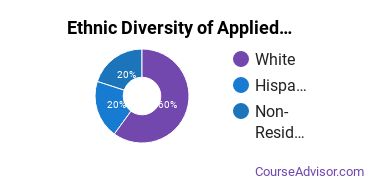 720 people in the state and 671,020 in the nation are employed in jobs related to applied math. 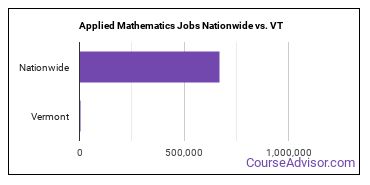 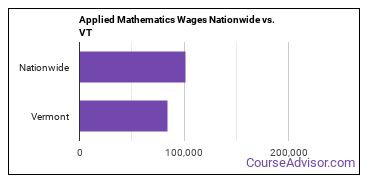 There are 3 colleges in Vermont that offer applied math degrees. Learn about the most popular 3 below:

This private institution charges an average net price of $29,386. In their early career, Bennington grads earn an average salary of $24,100. 95% of students get financical aid.

Most students complete their degree in 4.15 years. This private school has an average net price of $35,549. In their early career, Champlain grads earn an average salary of $38,800.

Seeking financial aid? At this school, 100% of students receive it. Grads earn an average early-career salary of $40,000 after earning their degree at this institution. The full-time teacher rate is 99%.