A Literature major is the 251st most popular major in this state.

Jobs for Literature Grads in Kansas

In this state, there are 1,280 people employed in jobs related to a literature degree, compared to 209,320 nationwide. 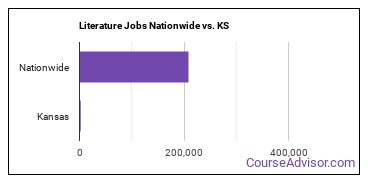 Wages for Literature Jobs in Kansas 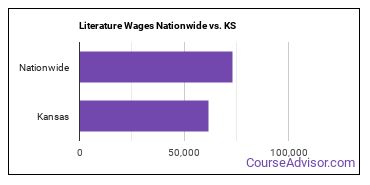 Most Popular Literature Programs in KS