As a degree choice, Literature is the 250th most popular major in the state.

Jobs for Literature Grads in Iowa 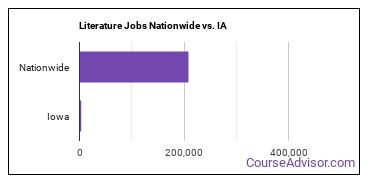 Wages for Literature Jobs in Iowa 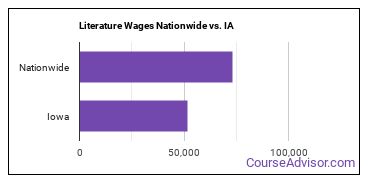 Most Popular Literature Programs in IA

There are 2 colleges in Iowa that offer literature degrees. Learn about the most popular 2 below:

The student loan default rate is 3.90% which is lower than average. 100% of students are awarded financial aid at this school. The student to faculty ratio is 11 to 1.

Students enjoy a student to faculty ratio of 14 to 1. This private school has an average net price of $24,513. Grads earn an average early-career salary of $35,900 after earning their degree at this institution.