How Many Embalmers Work in California? 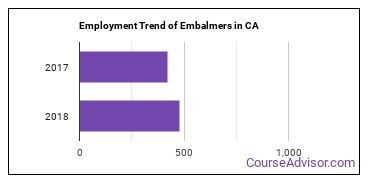 The typical state has 140 Embalmers working in it, which means California has more Embalmers than average. 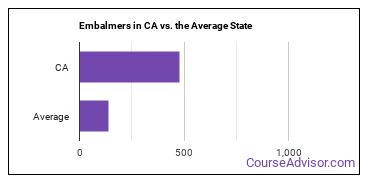 What do Embalmers Make in California? 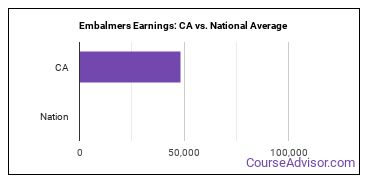