How Many Embalmers Work in Georgia? 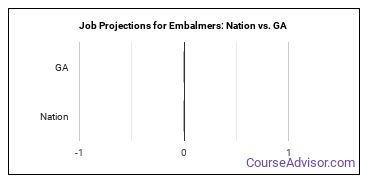 The BLS is projecting 40 annual Embalmers job openings in Georgia, and 230 total jobs in the year 2026.

What do Embalmers Make in Georgia? 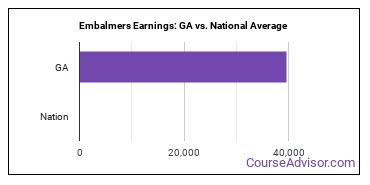