What is a Costume Attendant?

Career Description Select, fit, and take care of costumes for cast members, and aid entertainers. May assist with multiple costume changes during performances.

What a Costume Attendant Should Know

Costume Attendants state the following job skills are important in their day-to-day work.

In 2016, there was an estimated number of 6,600 jobs in the United States for Costume Attendant. New jobs are being produced at a rate of 10.6% which is above the national average. The Bureau of Labor Statistics predicts 700 new jobs for Costume Attendant by 2026. Due to new job openings and attrition, there will be an average of 1,600 job openings in this field each year. 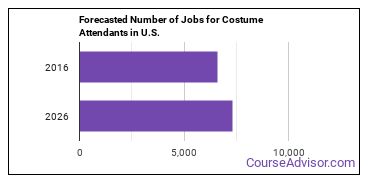 The states with the most job growth for Costume Attendant are South Carolina, Georgia, and Maryland. Watch out if you plan on working in Wisconsin, Tennessee, or Rhode Island. These states have the worst job growth for this type of profession.

Do Costume Attendants Make A Lot Of Money? 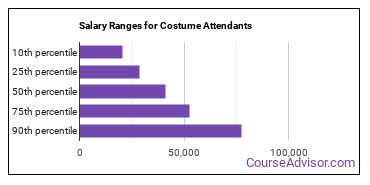 How much do Costume Attendants make in different U.S. states?

What Tools do Costume Attendants Use?

Below is a list of the types of tools and technologies that Costume Attendants may use on a daily basis:

How do I Become a Costume Attendant?

Individuals working as a Costume Attendant have obtained the following education levels: 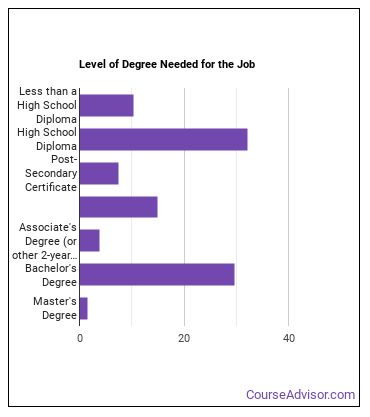 How Long Does it Take to Become a Costume Attendant? 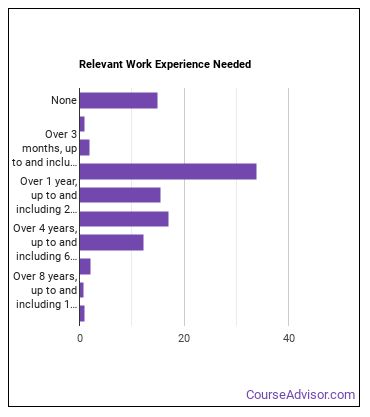 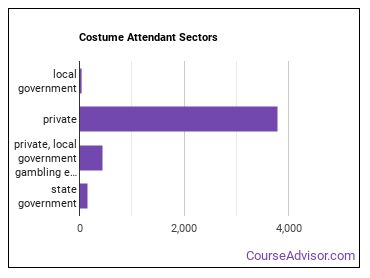 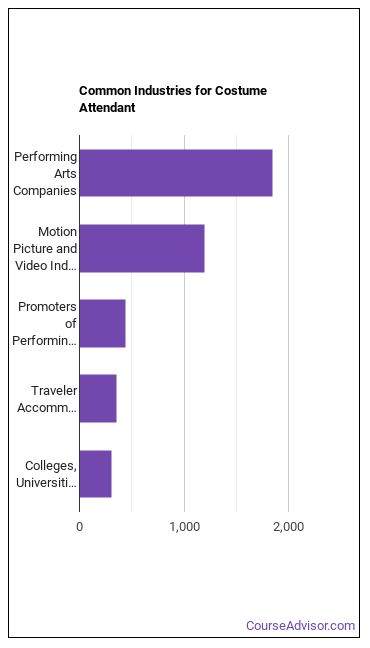 Those who work as a Costume Attendant sometimes switch careers to one of these choices: