As a degree choice, Crafts, Folk Art & Artisanry is the 263rd most popular major in the state. 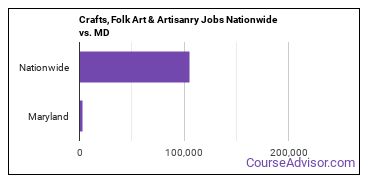 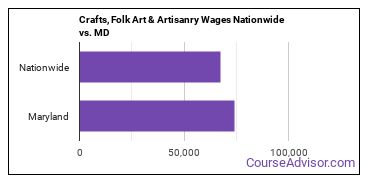 There are 3 colleges in Maryland that offer folk art degrees. Learn about the most popular 3 below:

Grads earn an average early-career salary of $41,300 after earning their degree at this institution. The student loan default rate of 7.10% is a good sign that graduates can afford their loan payments. The average student takes 4.84 years to complete their degree at UB.

Students enjoy a student to faculty ratio of 18 to 1. Of all the teachers who work at the school, 78% are considered full time. The student loan default rate of 2.30% is a good sign that graduates can afford their loan payments.