In terms of popularity, Crafts, Folk Art & Artisanry is the 172nd most popular major in the state out of a total 213 majors commonly available.

In Maine, a folk art major is more popular with women than with men. 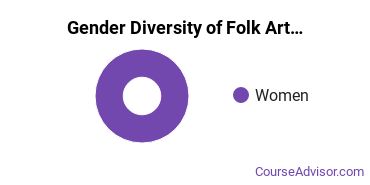 The racial distribution of folk art majors in Maine is as follows: 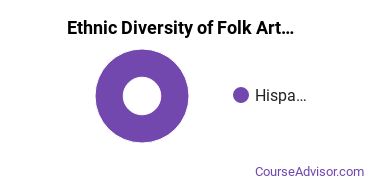 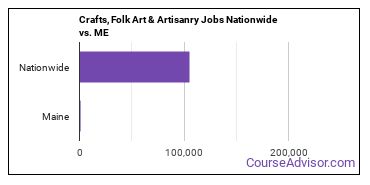 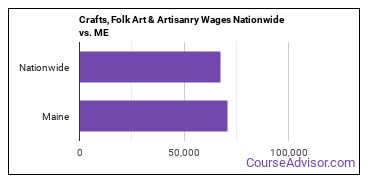 Most Popular Crafts, Folk Art & Artisanry Programs in ME

The student loan default rate of 9.80% is a good sign that graduates can afford their loan payments. Roughly six years after entering college, graduates of this school earn $22,700 a year. Seeking financial aid? At this school, 100% of students receive it.