In this state, Legal Support Services is the 120th most popular major out of a total 247 majors commonly available. 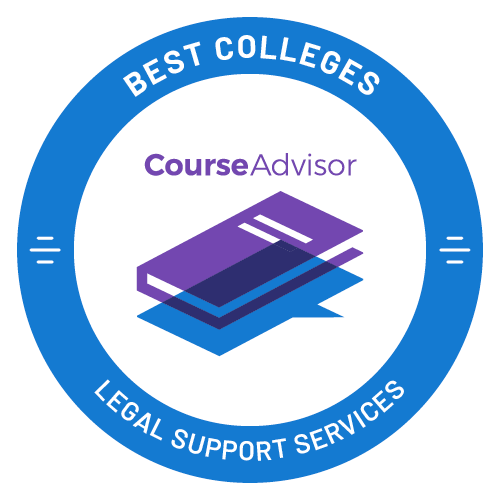 In Alabama, a legal support major is more popular with women than with men. 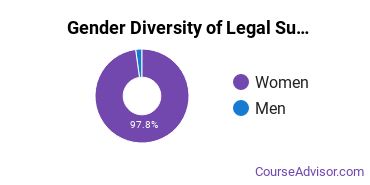 The racial distribution of legal support majors in Alabama is as follows: 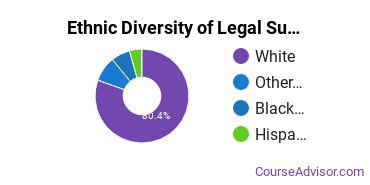 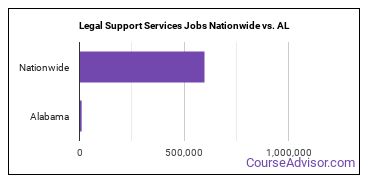 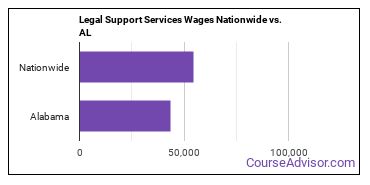 There are 8 colleges in Alabama that offer legal support degrees. Learn about the most popular 8 below:

83% of students get financical aid. The student to faculty ratio is 18 to 1. Grads earn an average early-career salary of $21,200 after earning their degree at this institution.

Of all the students who attend this school, 88% get financial aid. Of all the teachers who work at the school, 45% are considered full time. 17 to 1 is the student to faculty ratio.

Of all the students who attend this school, 100% get financial aid. The full-time teacher rate is 15%. An average student at South University, Montgomery will pay a net price of $22,660.

Students enjoy a student to faculty ratio of 16 to 1. Graduates earn an average $26,900 after graduation. The full-time teacher rate is 38%.

This private school has an average net price of $17,906. Roughly six years after entering college, graduates of this school earn $27,900 a year. Of all the students who attend this school, 100% get financial aid.

73% of students are awarded financial aid at this school. Students enjoy a student to faculty ratio of 21 to 1. 44% of the teachers are full time.