An Electrical & Power Installation major is the 73rd most popular major in this state.

Electrical Transmission Installation majors in the state tend to have the following degree levels: 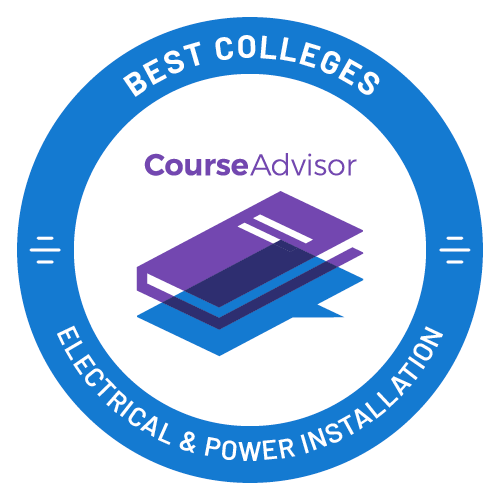 In Texas, a electrical transmission installation major is more popular with men than with women. 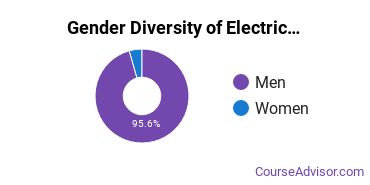 The racial distribution of electrical transmission installation majors in Texas is as follows: 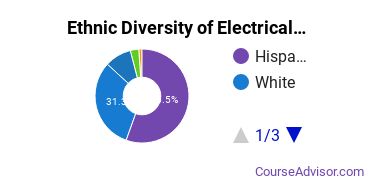 In this state, there are 197,900 people employed in jobs related to an electrical transmission installation degree, compared to 1,919,300 nationwide. 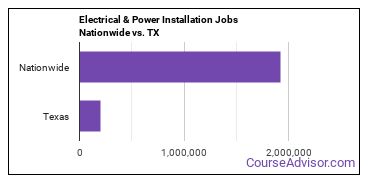 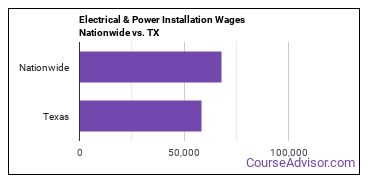 There are 26 colleges in Texas that offer electrical transmission installation degrees. Learn about the most popular 10 below:

Of all the teachers who work at the school, 85% are considered full time. 13 to 1 is the student to faculty ratio. A typical student attending TSTC will pay a net price of $6,839.

22 to 1 is the student to faculty ratio. The full-time teacher rate is 60%. Graduates earn an average $23,600 after graduation.

The student loan default rate of 5.90% is a good sign that graduates can afford their loan payments. In their early career, San Jacinto College grads earn an average salary of $30,500. The student to faculty ratio is 17 to 1.

64% of students are awarded financial aid at this school. 36% of the teachers are full time. Roughly six years after entering college, graduates of this school earn $28,200 a year.

Roughly six years after entering college, graduates of this school earn $30,300 a year. Students who attend this public school pay an average net price of $6,698. 57% of students get financical aid.

In their early career, North Lake College grads earn an average salary of $30,200. The full-time teacher rate is 26%. Of all the students who attend this school, 48% get financial aid.

15 to 1 is the student to faculty ratio. This private institution charges an average net price of $25,718. Grads earn an average early-career salary of $26,800 after earning their degree at this institution.

Of all the teachers who work at the school, 51% are considered full time. Seeking financial aid? At this school, 88% of students receive it. 20 to 1 is the student to faculty ratio.

The student loan default rate is 4.70% which is lower than average. The full-time teacher rate is 100%. A typical student attending BC will pay a net price of $4,324.

Some of the careers electrical transmission installation majors go into include:

Below are some popular majors in the state that are similar to electrical transmission installation.