No student earned a Religious Ed degree in West Virginia in 2018-2019.

In this state, Religious Education is the 209th most popular major out of a total 226 majors commonly available. 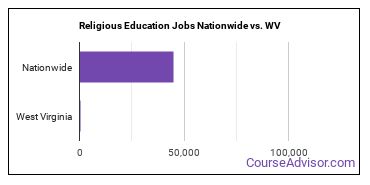 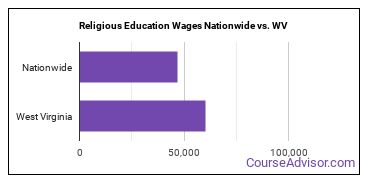 There are 2 colleges in West Virginia that offer religious ed degrees. Learn about the most popular 2 below:

In their early career, D&E grads earn an average salary of $26,400. Students who attend this private institution pay an average net price of $17,405. Most students complete their degree in 4.38 years.

Grads earn an average early-career salary of $31,000 after earning their degree at this institution. Most students complete their degree in 4.25 years. Of all the teachers who work at the school, 53% are considered full time.