Types of Degrees Other Theology & Religion Majors Are Getting

The following table lists how many theology and religious vocations (other) graduations there were in 2018-2019 for each degree level. 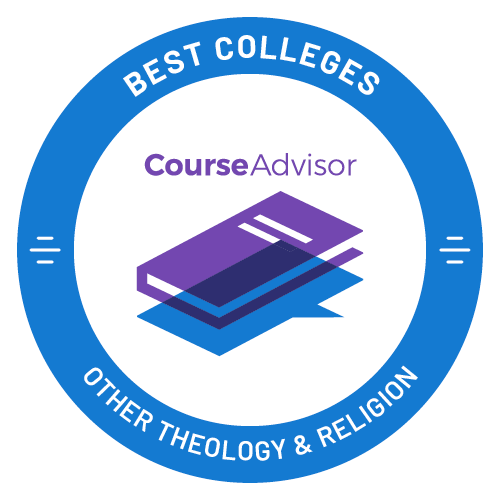 View the 2021 Top Ranking Lists For Other Theology & Religion

Who Is Getting a Bachelor’s Degree in Other Theology & Religion?

327 Bachelor's Degrees Annually
56% Percent Women
41% Percent Racial-Ethnic Minorities*
This is a less frequently chosen undergraduate major. Only 252 students graduated with a bachelor’s degree in theology and religious vocations (other) in 2019, making it rank #245 in popularity. This major is dominated by women with about 56% of recent graduates being female.

At the countrywide level, the racial-ethnic distribution of religious vocations majors is as follows: 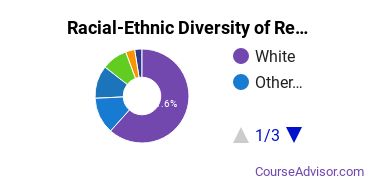 Americans aren’t the only ones with an interest in Religious Vocations. About 0.6% of those with this major are international students. The most popular countries for students from outside the country are:

The median early-career salary of theology and religious vocations (other) students with a bachelor’s degree is $34,250 a year according to 2017-2018 data from the U.S. Department of Education. During this timeframe, most salaries fell between $33,125 (25th percentile) and $35,375 (75th percentile). 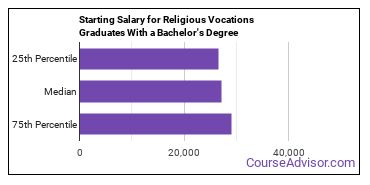 It’s important to note that just because the people reporting these salaries have a degree in religious vocations, it does not mean that they are working in a job related to their degree.

In the 2018-2019 academic year, 132 schools offered some type of theology and religious vocations (other) program. The following table lists the number of programs by degree level, along with how many schools offered online courses in the field.

Majors Related to Other Theology & Religion

You may also be interested in one of the following majors related to religious vocations.