3 Missionary Studies students earned their degrees in the state in 2018-2019.

As a degree choice, Missionary Studies is the 228th most popular major in the state. 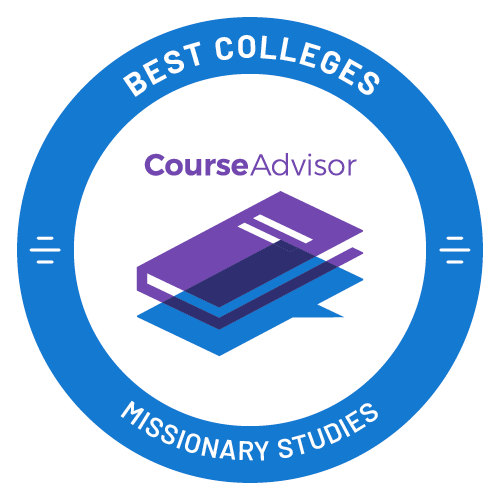 In Kansas, a missionary studies major is more popular with men than with women. 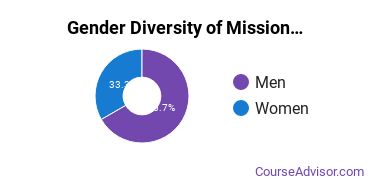 The racial distribution of missionary studies majors in Kansas is as follows: 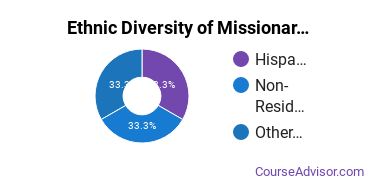 In this state, there are 360 people employed in jobs related to a missionary studies degree, compared to 44,800 nationwide. 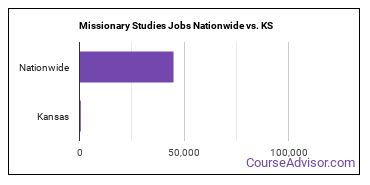 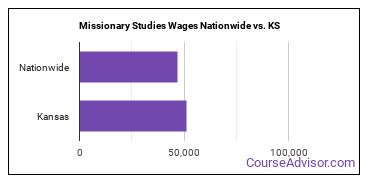 There are 4 colleges in Kansas that offer missionary studies degrees. Learn about the most popular 4 below:

Students enjoy a student to faculty ratio of 11 to 1. The full-time teacher rate is 52%. This private school has an average net price of $9,128.

An average student at Barclay College will pay a net price of $26,029. The full-time teacher rate is 57%. Seeking financial aid? At this school, 100% of students receive it.

This private school has an average net price of $20,496. Seeking financial aid? At this school, 99% of students receive it. The student loan default rate is 7.00% which is lower than average.

10 to 1 is the student to faculty ratio. Seeking financial aid? At this school, 100% of students receive it. The full-time teacher rate is 100%.