No student earned a Boilermaking degree in Michigan in 2018-2019.

In this state, Boilermaking is the 309th most popular major out of a total 319 majors commonly available.

Jobs for Boilermaking Grads in Michigan 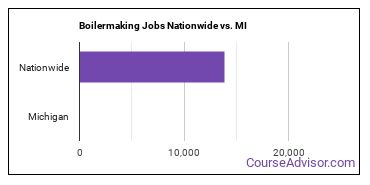 Wages for Boilermaking Jobs in Michigan 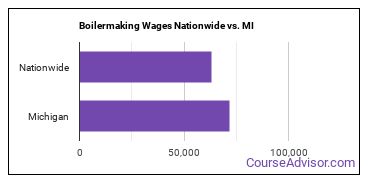 Most Popular Boilermaking Programs in MI

In their early career, Henry Ford College grads earn an average salary of $23,900. This public college charges it's students an average net price of $3,690. The full-time teacher rate is 100%.

Some of the careers boilermaking majors go into include:

Below are some popular majors in the state that are similar to boilermaking.

View all majors related to Boilermaking