21 students earned Physical Science degrees in Arkansas in the 2018-2019 year.

In this state, General Physical Sciences is the 149th most popular major out of a total 247 majors commonly available.

In Arkansas, a physical science major is more popular with men than with women.

The racial distribution of physical science majors in Arkansas is as follows: 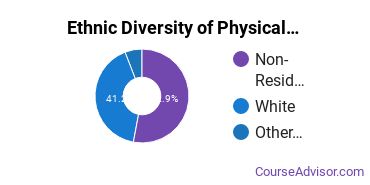 In this state, there are 11,750 people employed in jobs related to a physical science degree, compared to 1,111,830 nationwide. 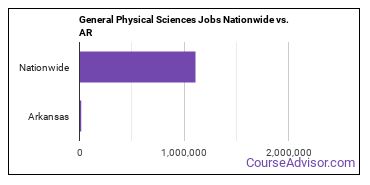 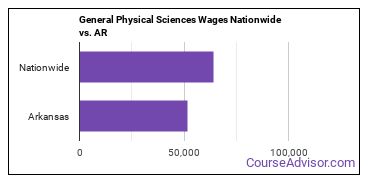 There are 2 colleges in Arkansas that offer physical science degrees. Learn about the most popular 2 below:

Students enjoy a student to faculty ratio of 14 to 1. The student loan default rate of 8.50% is a good sign that graduates can afford their loan payments. Most students complete their degree in 4.88 years.

The student loan default rate of 9.10% is a good sign that graduates can afford their loan payments. 100% of the teachers are full time. Students enjoy a student to faculty ratio of 19 to 1.