As a degree choice, Industrial Production Technology is the 91st most popular major in the state.

Industrial Production Tech majors in the state tend to have the following degree levels: 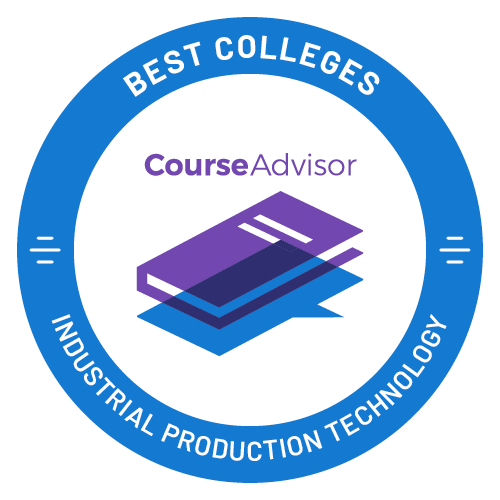 In Idaho, a industrial production tech major is more popular with men than with women. 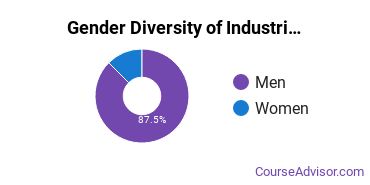 The racial distribution of industrial production tech majors in Idaho is as follows: 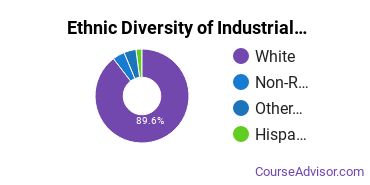 In this state, there are 5,560 people employed in jobs related to an industrial production tech degree, compared to 691,770 nationwide. 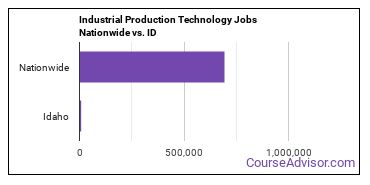 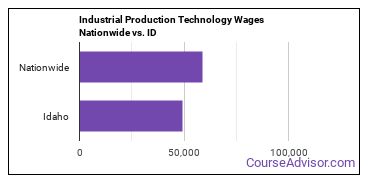 There are 5 colleges in Idaho that offer industrial production tech degrees. Learn about the most popular 5 below:

Of all the students who attend this school, 64% get financial aid. It takes the average student 4.98 years to graduate. The student loan default rate of 3.40% is a good sign that graduates can afford their loan payments.

In their early career, College of Southern Idaho grads earn an average salary of $26,100. This public school has an average net price of $6,157. Of all the teachers who work at the school, 100% are considered full time.

Of all the teachers who work at the school, 86% are considered full time. Graduates earn an average $31,800 after graduation. The student loan default rate is 5.90% which is lower than average.

Of all the students who attend this school, 96% get financial aid. In their early career, Lewis - Clark State College grads earn an average salary of $30,800. 99% of the teachers are full time.

Graduates earn an average $25,600 after graduation. This public college charges it's students an average net price of $7,696. The full-time teacher rate is 42%.

Some of the careers industrial production tech majors go into include:

Below are some popular majors in the state that are similar to industrial production tech.