All About Sailors and Marine Oilers

Occupation Description Stand watch to look for obstructions in path of vessel, measure water depth, turn wheel on bridge, or use emergency equipment as directed by captain, mate, or pilot. Break out, rig, overhaul, and store cargo-handling gear, stationary rigging, and running gear. Perform a variety of maintenance tasks to preserve the painted surface of the ship and to maintain line and ship equipment. Must hold government-issued certification and tankerman certification when working aboard liquid-carrying vessels. Includes able seamen and ordinary seamen.

Things a Sailor or Marine Oiler Should Know How to Do

When polled, Sailors and Marine Oilers say the following skills are most frequently used in their jobs:

There were about 33,800 jobs for Sailor or Marine Oiler in 2016 (in the United States). New jobs are being produced at a rate of 7.7% which is above the national average. The Bureau of Labor Statistics predicts 2,600 new jobs for Sailor or Marine Oiler by 2026. Due to new job openings and attrition, there will be an average of 4,400 job openings in this field each year. 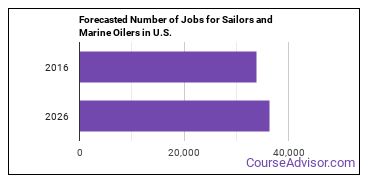 The states with the most job growth for Sailor or Marine Oiler are Idaho, Tennessee, and Minnesota. Watch out if you plan on working in Kentucky, Indiana, or Mississippi. These states have the worst job growth for this type of profession. 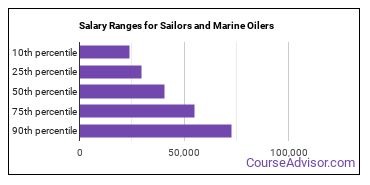 Sailors and Marine Oilers who work in Michigan, Minnesota, or Washington, make the highest salaries.

Below is a list of the median annual salaries for Sailors and Marine Oilers in different U.S. states.

What Tools do Sailors and Marine Oilers Use?

Below is a list of the types of tools and technologies that Sailors and Marine Oilers may use on a daily basis:

Becoming a Sailor or Marine Oiler

Individuals working as a Sailor or Marine Oiler have obtained the following education levels: 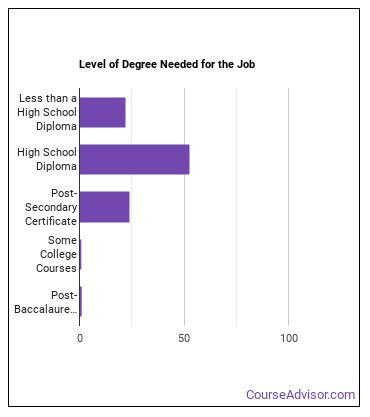 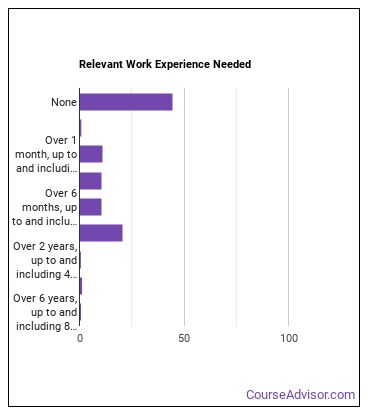 Where do Sailors and Marine Oilers Work? 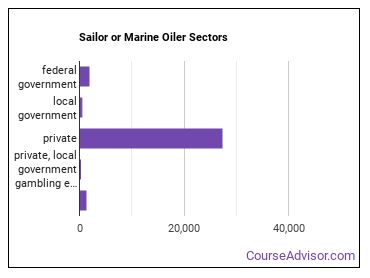 The table below shows the approximate number of Sailors and Marine Oilers employed by various industries. 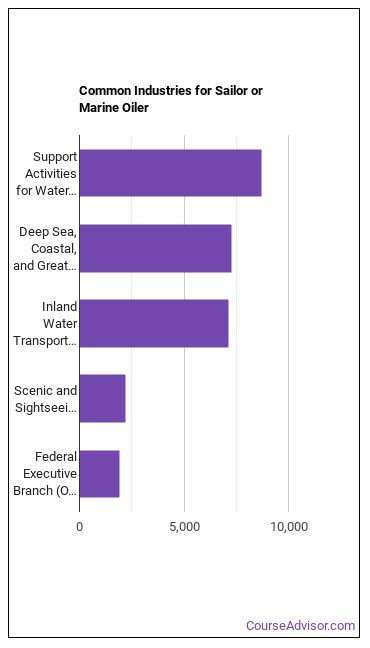 Are you already one of the many Sailor or Marine Oiler in the United States? If you’re thinking about changing careers, these fields are worth exploring: