What You Need to Know About Animal Caretaker

Occupation Description Feed, water, groom, bathe, exercise, or otherwise care for pets and other nonfarm animals, such as dogs, cats, ornamental fish or birds, zoo animals, and mice. Work in settings such as kennels, animal shelters, zoos, circuses, and aquariums. May keep records of feedings, treatments, and animals received or discharged. May clean, disinfect, and repair cages, pens, or fish tanks.

A Day in the Life of an Animal Caretaker

What Every Animal Caretaker Should Know

Animal Caretakers state the following job skills are important in their day-to-day work.

What Kind of Animal Caretaker Job Opportunities Are There? 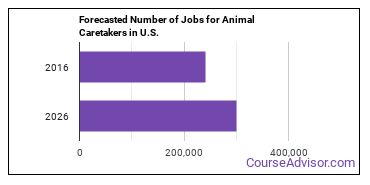 The states with the most job growth for Animal Caretaker are Utah, Nevada, and Florida. Watch out if you plan on working in Maryland, Maine, or Kentucky. These states have the worst job growth for this type of profession. 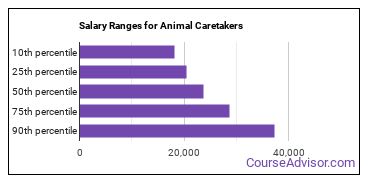 Animal Caretakers who work in District of Columbia, Alaska, or Massachusetts, make the highest salaries.

Below is a list of the median annual salaries for Animal Caretakers in different U.S. states.

What Tools do Animal Caretakers Use?

Although they’re not necessarily needed for all jobs, the following technologies are used by many Animal Caretakers:

How do I Become an Animal Caretaker?

What education or degrees do I need to become an Animal Caretaker? 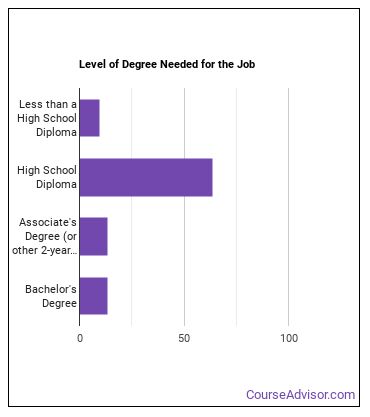 How Long Does it Take to Become an Animal Caretaker? 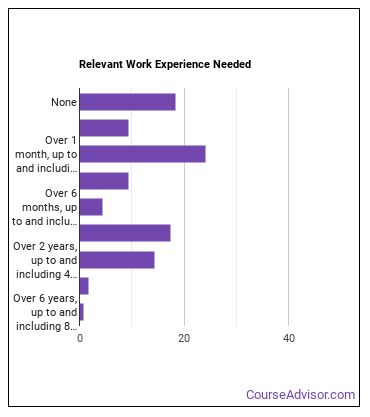 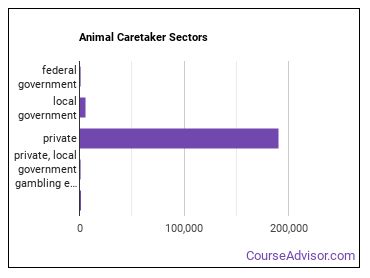 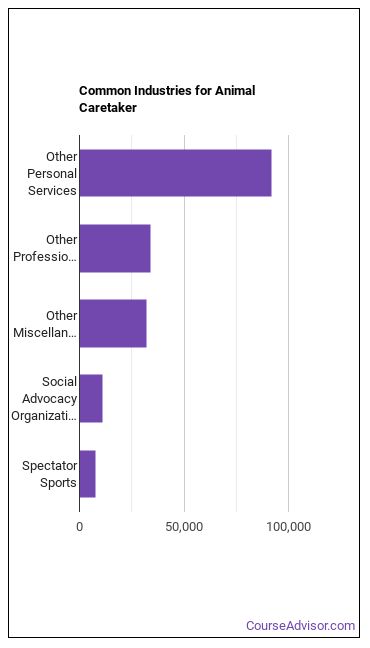 Are you already one of the many Animal Caretaker in the United States? If you’re thinking about changing careers, these fields are worth exploring: