What is a Conservation Scientist?

Conservation Scientist Job Description Manage, improve, and protect natural resources to maximize their use without damaging the environment. May conduct soil surveys and develop plans to eliminate soil erosion or to protect rangelands. May instruct farmers, agricultural production managers, or ranchers in best ways to use crop rotation, contour plowing, or terracing to conserve soil and water; in the number and kind of livestock and forage plants best suited to particular ranges; and in range and farm improvements, such as fencing and reservoirs for stock watering.

What Kind of Conservation Scientist Job Opportunities Are There? 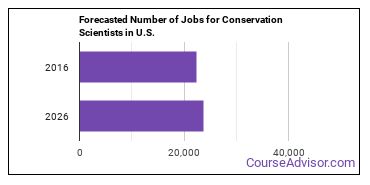 The states with the most job growth for Conservation Scientist are Colorado, New Hampshire, and Utah. Watch out if you plan on working in Rhode Island, New Mexico, or Maryland. These states have the worst job growth for this type of profession. 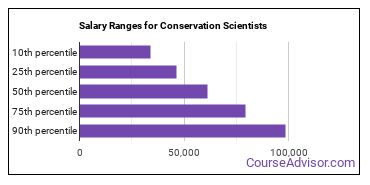 Below is a list of the median annual salaries for Conservation Scientists in different U.S. states.

Where do Conservation Scientists Work? 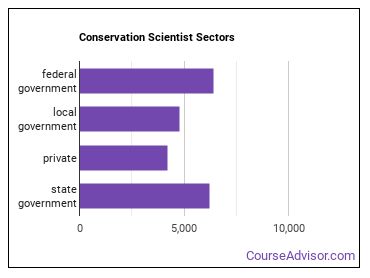 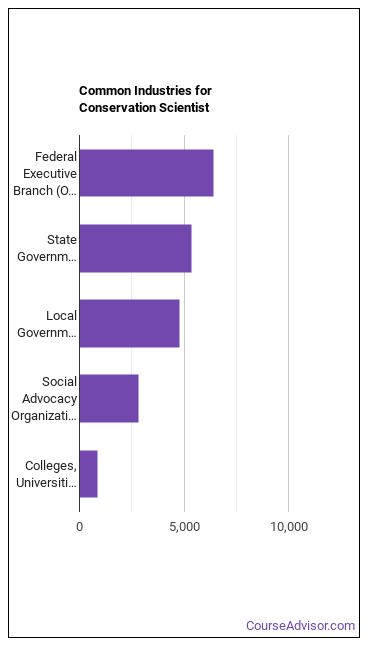