Is Texas a good place for you to work as an Astronomer?

You’re in luck! Jobs for Astronomers in Texas are projected to grow and these jobs tend to pay higher than average.

How Many Astronomers Work in Texas?

In Texas, there were 210 people working as Astronomers in the year 2018.

There were 210 Astronomers employed in this state in 2017. 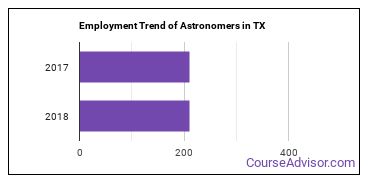 The typical state has 150 Astronomers working in it, which means Texas has more Astronomers than average. 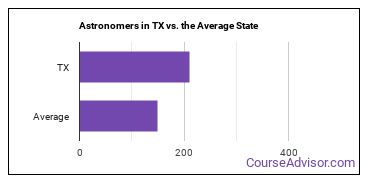 Jobs for Astronomers in this state are growing at a rate of 8.0% which is slower than the nationwide estimated projection of 10.0%. 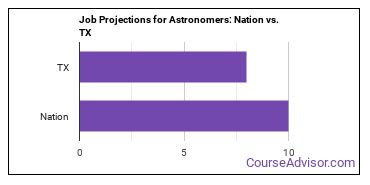 The BLS estimates 20 annual job openings, and a total of 270 jobs for Texas Astronomers in 2026.

What do Astronomers Make in Texas? 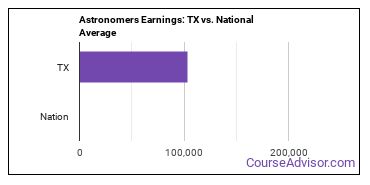 View the list below to see where most Astronomers work.

Below are the states where Astronomers get paid the most:

What Major Will Prepare You For an Astronomer Career?