Is New Jersey a good place for you to work as an Archivist?

You’re in luck! Jobs for Archivists in New Jersey are projected to grow and these jobs tend to pay higher than average.

What do Archivists Make in New Jersey? 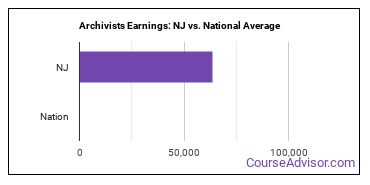