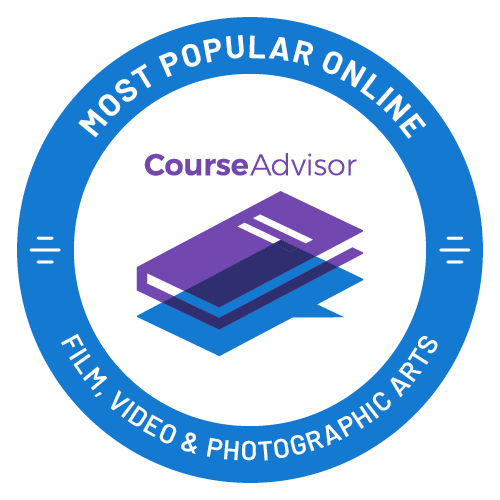 Finding the Most Popular Online Film, Video & Photographic Arts School for You

Out of all the majors we analyze each year, film, video and photographic arts was ranked #72 in the country. In fact 16,756 degrees and certificates were handed out in 2018-2019.

The Most Popular Online Film, Video & Photographic Arts Schools in the Southwest Region ranking is one of many tools that Course Advisor has developed to help you make your educational decision. Our analysis looked at 2 schools in the Southwest Region to see which online programs were the most popular for students. To create this ranking we looked at how many students graduated from schools with online programs.

The colleges and universities below are the most popular for film majors pursuing an online .

Our 2021 rankings named Arizona State University - Skysong the most popular online school in the Southwest Region for film, video and photographic arts students. Located in the large city of Scottsdale, ASU - Skysong is a public college with a fairly large student population.

Film majors at Grand Canyon University take out an average of $21,497 in student loans while working on their egree. Assuming that a graduate chooses a 10-year repayment plan, the average monthly loan payment is $223.

Explore the most popular online film, video and photographic arts colleges for a specific state in the Southwest region.

One of 9 majors within the area of study, film, video and photographic arts has other similar majors worth exploring.

*These averages are for the top 2 schools only.