Wheeling Jesuit University is a private not-for-profit institution located in Wheeling, West Virginia. The surrounding area of the school is a good match for students who enjoy city life.

What Is Wheeling Jesuit University Known For?

Wheeling Jesuit holds the #5 spot on the Best Colleges in West Virginia ranking.

These are highlights of some of the most noteworthy awards granted to specific programs at Wheeling Jesuit.

The following table lists some notable awards Wheeling Jesuit has earned from around the web.

Where Is Wheeling Jesuit University? 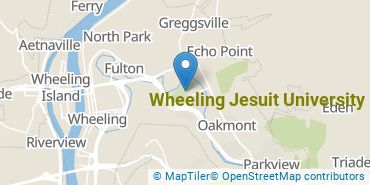 How Do I Get Into Wheeling Jesuit?

You can apply to Wheeling Jesuit online at: https://www.gowju.org/applynow/

How Hard Is It To Get Into Wheeling Jesuit?

51% Acceptance Rate
54% Of Accepted Are Women
31% Submit SAT Scores
Wheeling Jesuit has an acceptance rate of 51%, which means it is fairly selective. Take that into account when you are working on your application and gathering requested materials. Do what you can to stand out among other applicants.

About 31% of students accepted to Wheeling Jesuit submitted their SAT scores. When looking at the 25th through the 75th percentile, SAT Evidence-Based Reading and Writing scores ranged between 460 and 560. Math scores were between 450 and 560.

Can I Afford Wheeling Jesuit University?

$24,212 Net Price
69% Take Out Loans
4.0% Loan Default Rate
The overall average net price of Wheeling Jesuit is $24,212. The affordability of the school largely depends on your financial need since net price varies by income group.

It's not uncommon for college students to take out loans to pay for school. In fact, almost 66% of students nationwide depend at least partially on loans. At Wheeling Jesuit, approximately 69% of students took out student loans averaging $7,686 a year. That adds up to $30,744 over four years for those students.

The student loan default rate at Wheeling Jesuit is 4.0%. This is significantly lower than the national default rate of 10.1%, which is a good sign that you'll be able to pay back your student loans.

423 Full-Time Undergraduates
47% Women
25% Racial-Ethnic Minorities*
There are 532 undergraduate students at Wheeling Jesuit, with 423 being full-time and 109 being part-time. 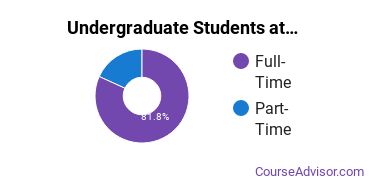 There are also 266 graduate students at the school.

Of the 423 full-time undergraduates at Wheeling Jesuit, 53% are male and 47% are female. 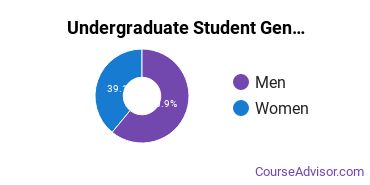 The racial-ethnic breakdown of Wheeling Jesuit University students is as follows. 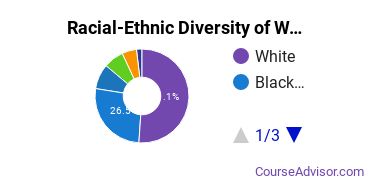 West Virginia students aren't the only ones who study at Wheeling Jesuit University. At this time, 20 states are represented by the student population at the school.

Over 37 countries are represented at Wheeling Jesuit. The most popular countries sending students to the school are Congo, Venezuela, and Canada.

135 Took All Classes Online
364 Took At Least One Class Online
-21.5% Avg Growth Over 4 Years
There are 1 bachelor’s degree and 4 master’s degree programs available online at Wheeling Jesuit. In 2017-2018, 364 students took at least one online class at the school.

The following chart shows how the online learning population at Wheeling Jesuit has changed over the last few years. 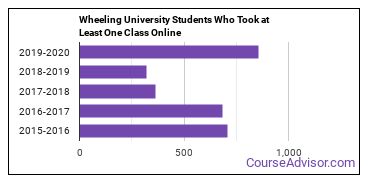 This school is the 12th most popular in West Virginia for online learning according to the online graduations recorded by the Department of Education for the academic year 2017-2018.

The following table shows the 1-year growth rate of Wheeling Jesuit majors that offer at least one online course. This table only includes majors with positive growth.

The table below shows how the average growth rate over 4 years at Wheeling Jesuit ranks compared to all other partially online schools that offer a specific major. Note that the majors may or may not be offered online at Wheeling Jesuit.