What Is University of California - San Francisco Known For?

UCSF has also been awarded the following overall awards by our latest rankings.

These are highlights of some of the most noteworthy awards granted to specific programs at UCSF.

Where Is University of California - San Francisco? 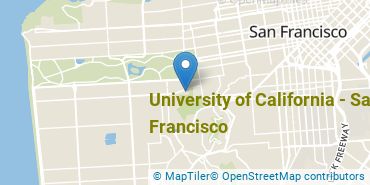 How Do I Get Into UCSF?

You can apply to UCSF online at: ucsf.edu/education/admissions

Can I Afford University of California - San Francisco?

The following chart shows how the online learning population at UCSF has changed over the last few years. 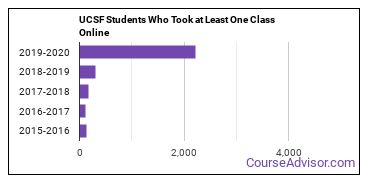 The average growth rate over the last four years of online students at University of California - San Francisco was 704.9%. This is the #115 largest growth rate of all schools that are only partially online. This refers to all students at UCSF regardless of major.

The table below shows how the average growth rate over 4 years at UCSF ranks compared to all other partially online schools that offer a specific major. Note that the majors may or may not be offered online at UCSF.