55 Master's Degrees
If you are interested in studying general education, you may want to check out the program at American Public University System. The following information will help you decide if it is a good fit for you.

For those who are interested in distance learning, American Military University does offer online courses in education for the following degree levels:

Take a look at the following statistics related to the make-up of the education majors at American Public University System.

80% Women
33% Racial-Ethnic Minorities
During the 2018-2019 academic year, 55 education majors earned their master's degree from American Military University. Of these graduates, 20% were men and 80% were women. 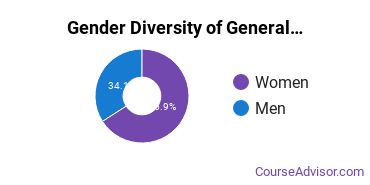 Of the students who received a education master's degree from American Military University, 64% were white. This is above average for this degree on the natiowide level. In the education master's program at this school, racial-ethnic minorities make up 33% of degree recipients. That is 3% better than the national average.*

The following table and chart show the race/ethnicity for students who recently graduated from American Public University System with a master's in education. 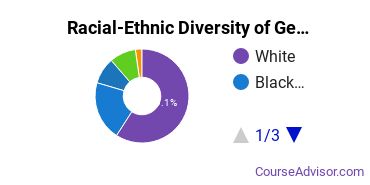 A degree in education can lead to the following careers. Since job numbers and average salaries can vary by geographic location, we have only included the numbers for WV, the home state for American Public University System.