Adams State University is a public institution located in Alamosa, Colorado. The charming, small-town atmosphere of Alamosa draws many to the area.

What Is Adams State Known For?

According to College Factual’s 2020 analysis, Adams State is ranked #1445 out of 1,727 schools in the nation that were analyzed for overall quality. Adams State also holds the #18 spot on the Best Colleges in Colorado ranking.

Where Is Adams State University? 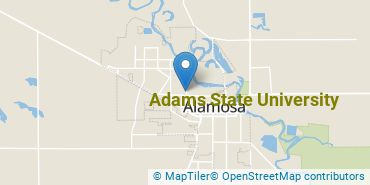 How Do I Get Into Adams State University?

How Hard Is It To Get Into Adams State University?

Its high acceptance rate of 99% makes Adams State one of the least selective schools in the country.

About 16% of students accepted to Adams State submitted their SAT scores. When looking at the 25th through the 75th percentile, SAT Evidence-Based Reading and Writing scores range between 430 and 540. Math scores are between 450 and 540.

Can I Afford Adams State University?

$13,742 AVG. COST AFTER AID
59% TAKE OUT LOANS
9.7% LOAN DEFAULT RATE
The overall average net price for Adams State is $13,742. The affordability of the school largely depends on your financial need since net price varies by income group. See the table below for the net price for different income groups in 2016-2017.

While almost 66% of students nationwide take out loans to pay for college, the percentage may be quite different for the school you plan on attending. At Adams State, approximately 59% of students took out student loans averaging $5,972 a year. That adds up to $23,888 over four years for those students.

The student loan default rate at Adams State is 9.7%. This is about the same as the national default rate of 10.8%. 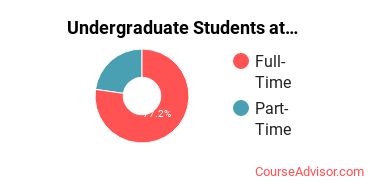 There are also 1,354 graduate students at the school. 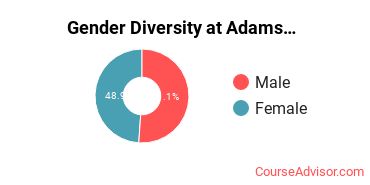 The racial breakdown of the full-time undergraduates at Adams State breaks down as follows: 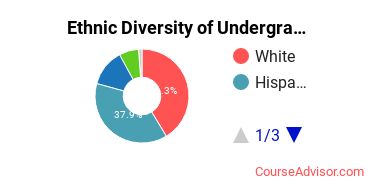 Colorado students aren’t the only ones who study at Adams State. At this time, 24 states are represented by the student population at the school.

Over 21 countries are represented at Adams State. The most popular countries sending students to the school are United Kingdom, Canada, and Jamaica.

Adams State offers at least 13 programs. The table below shows the number of degrees awarded in 2017-2018 for each one.