What Do Earth Driller Do?

Occupation Description Operate a variety of drills such as rotary, churn, and pneumatic to tap sub-surface water and salt deposits, to remove core samples during mineral exploration or soil testing, and to facilitate the use of explosives in mining or construction. May use explosives. Includes horizontal and earth boring machine operators.

What an Earth Driller Should Know

These are the skills Earth Drillers say are the most useful in their careers:

Equipment Maintenance: Performing routine maintenance on equipment and determining when and what kind of maintenance is needed.

In 2016, there was an estimated number of 19,600 jobs in the United States for Earth Driller. New jobs are being produced at a rate of 19.9% which is above the national average. The Bureau of Labor Statistics predicts 3,900 new jobs for Earth Driller by 2026. The BLS estimates 2,600 yearly job openings in this field. 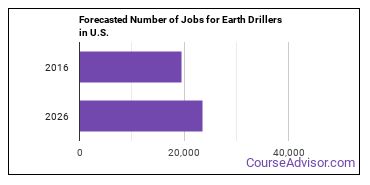 The states with the most job growth for Earth Driller are Connecticut, Wyoming, and Colorado. Watch out if you plan on working in Maine, Maryland, or Kentucky. These states have the worst job growth for this type of profession.

How Much Does an Earth Driller Make? 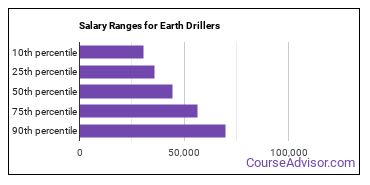 How much do Earth Drillers make in each U.S. state?

What Tools & Technology do Earth Drillers Use?

Below is a list of the types of tools and technologies that Earth Drillers may use on a daily basis:

How do I Become an Earth Driller?

Learn what Earth Driller education requirements there are. 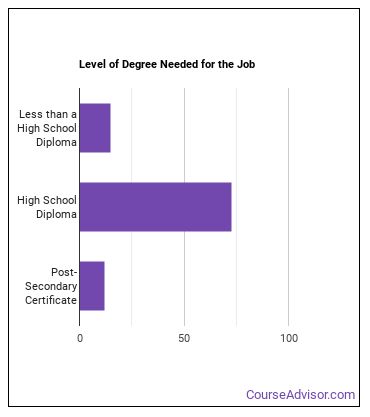 What work experience do I need to become an Earth Driller? 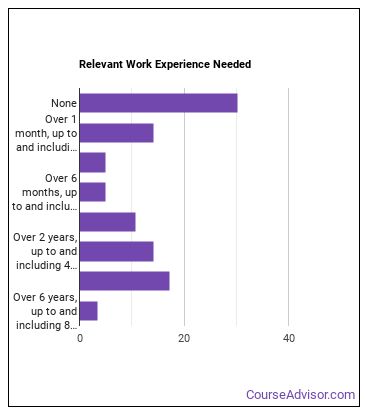 Where do Earth Drillers Work? 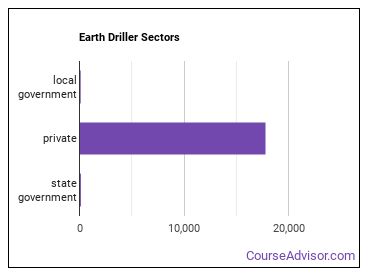 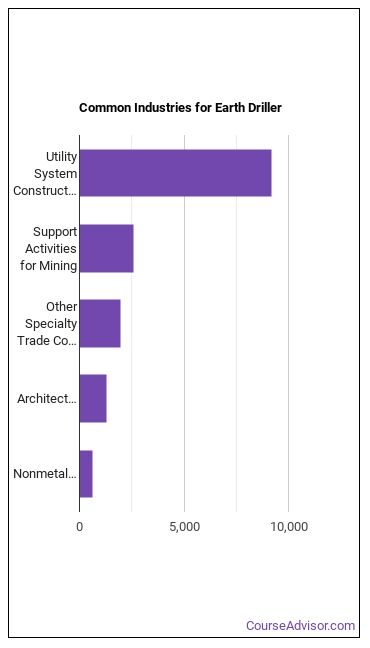