What Do Court Reporter Do?

Position Description Use verbatim methods and equipment to capture, store, retrieve, and transcribe pretrial and trial proceedings or other information. Includes stenocaptioners who operate computerized stenographic captioning equipment to provide captions of live or prerecorded broadcasts for hearing-impaired viewers.

What a Court Reporter Should Know

These are the skills Court Reporters say are the most useful in their careers:

In 2016, there was an estimated number of 19,600 jobs in the United States for Court Reporter. New jobs are being produced at a rate of 3.6% which is below the national average. The Bureau of Labor Statistics predicts 700 new jobs for Court Reporter by 2026. Due to new job openings and attrition, there will be an average of 1,700 job openings in this field each year. 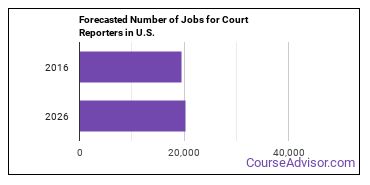 The states with the most job growth for Court Reporter are Tennessee, Nevada, and Idaho. Watch out if you plan on working in Maryland, New Jersey, or Wisconsin. These states have the worst job growth for this type of profession.

How Much Does a Court Reporter Make? 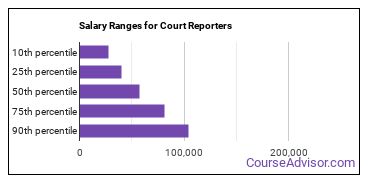 Below is a list of the median annual salaries for Court Reporters in different U.S. states.

Although they’re not necessarily needed for all jobs, the following technologies are used by many Court Reporters:

How to Become a Court Reporter

Individuals working as a Court Reporter have obtained the following education levels: 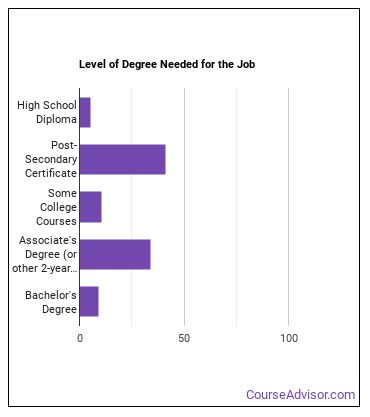 What work experience do I need to become a Court Reporter? 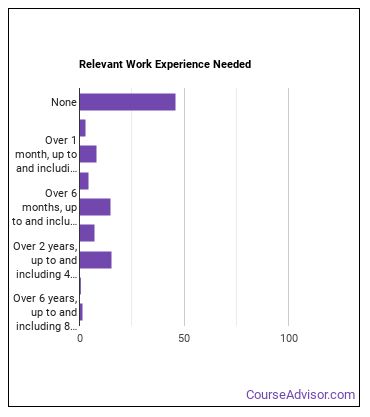 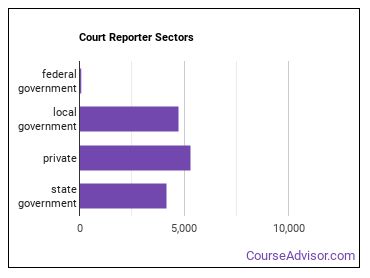 Below are examples of industries where Court Reporters work: 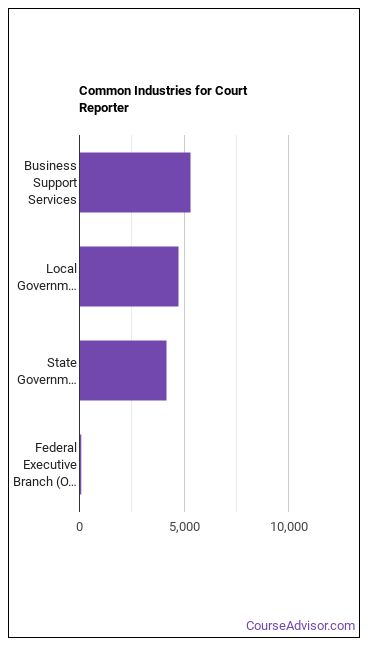