Captain, Mate, or Pilot of a Water Vessel

What Does it Take to Be a Captain, Mate, or Pilot of a Water Vessel?

Job Description & Duties Command or supervise operations of ships and water vessels, such as tugboats and ferryboats. Required to hold license issued by U.S. Coast Guard. 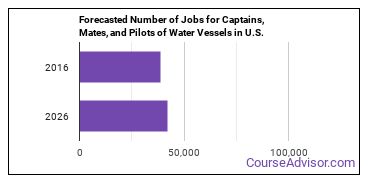 The states with the most job growth for Captain, Mate or Pilot are Nevada, Georgia, and Tennessee. Watch out if you plan on working in Kentucky, Indiana, or Oregon. These states have the worst job growth for this type of profession.

Salary for a Captain, Mate or Pilot 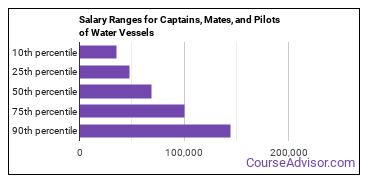 Captains, Mates, and Pilots of Water Vessels who work in Texas, Oregon, or Maryland, make the highest salaries.

How much do Captains, Mates, and Pilots of Water Vessels make in each U.S. state?

Who Employs Captains, Mates, and Pilots of Water Vessels? 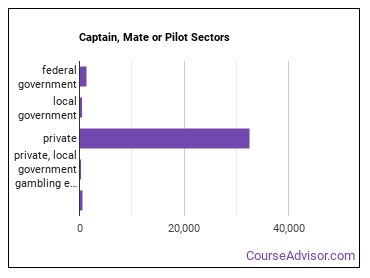 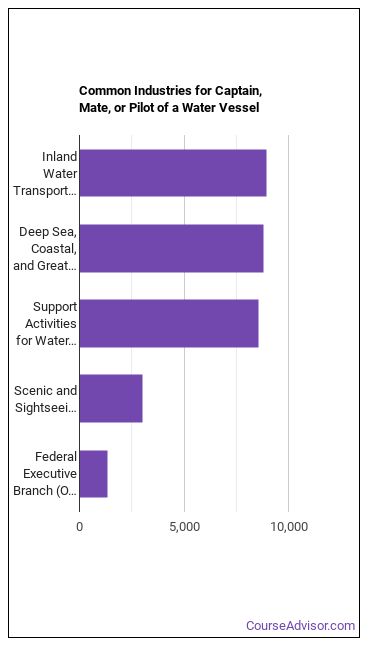